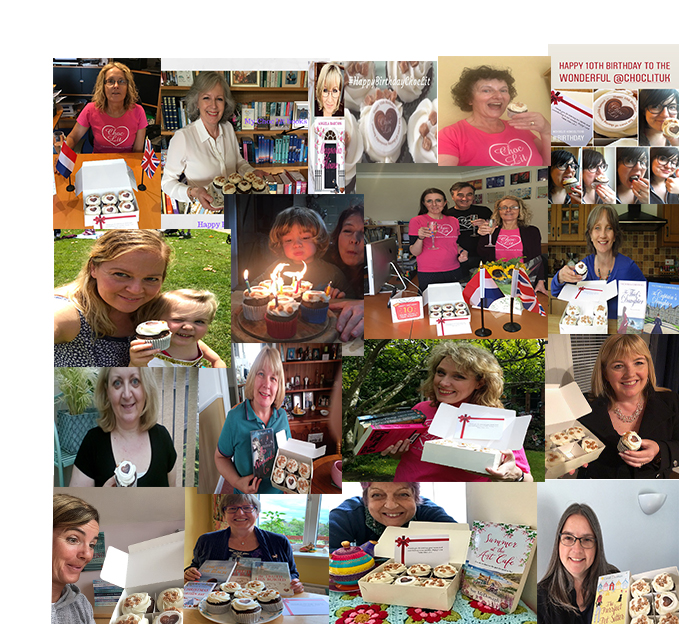 Birthday celebrations with authors and cupcakes!

Choc Lit is one of the UK’s key independents. It has more than met the challenges of an evolving publishing industry over the past ten years. ‘We launched ourselves into a marketplace that, at the time, was pulling back on women’s fiction and romance,’ says Vernham. ‘We took a gamble on what we could see was happening in the US and believed that as a brand we could achieve our strategy in the UK. We had no clout or big named authors so the brand was critical and remains so today.’

Choc Lit sees themselves as early adopters. They were one of the first publishers on the e:platforms in the UK – selling in the US even before Kindle UK came on board. They have always taken direct submissions, and in recent years have limited it to direct as it forms part of their strategy. A bold move some will say but it works for them. They were one of the first publishers to go down the Digital First route and have added audio to that format in recent years.

From releasing six books a year they now release thirty six and have broadened the offering of women’s fiction and thrillers through their imprint, Ruby Fiction.

The next decade is about how they can grow internationally and develop new partnerships/opportunities utilising the brand, the first being the launch in the Netherlands.

Brand has always been at the heart of Choc Lit. Tailoring the brand to different countries is a logical step. ‘We’ve a product that does exactly what it says on the tin: a happy-ever after romance with an irresistible hero. We’ve deviated at times and we’ve been criticised by our readers so we’ve pulled back to those irresistible heroes. The Dutch recognised a gap in their marketplace and loved our ethos and product. We are all very excited about the launch and the ‘feel good’ imprint as they call it. It’s a really great way to celebrate 10 years,’ Vernham says. ‘I think the next decade is going to be about partnership and new opportunities.’