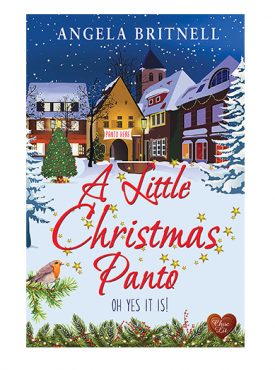 Oh no it won’t! At least that’s what Zach Broussard initially thinks when the eccentric Anna Teague tries to railroad him into helping out with her community pantomime production in the run-up to Christmas. Zach has his reasons for leaving Hollywood behind, and his retreat to the remote village of Polcarne in Cornwall signals the start of a new acting free life for him.

But when Zach meets Anna’s daughter, Rosey – an ex concert pianist who has swapped Mozart for panto tunes – he starts to wonder whether he could change his mind, and not just about acting.

If nothing else, will the residents of Polcarne ensure Zach has a Christmas he never forgets?

Oh yes they will!

Available as an eBook, audioBook and paperback from Amazon.