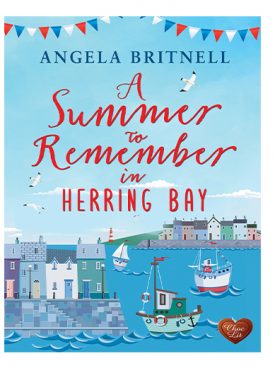 A Summer to Remember in Herring Bay

Essy Havers is good at finding things. Her company specialises in helping clients track down anything, from missing china pieces to rare vintage clothing. But now Essy has something more important to find: herself.

Essy has always been curious about her mother’s secret past and her Cornish roots. So, when the opportunity arises, she hops on a plane in Tennessee and ends up in Herring Bay in Cornwall; the village where her mother grew up.

But once there, she’s mystified by the reactions of the villagers when they realise who she is. Was Essy’s decision to visit Cornwall a mistake, or will it lead to a summer she’ll never forget?

Available as an eBook and Audio download on all platforms. Paperback available from all good bookshops and online stores.