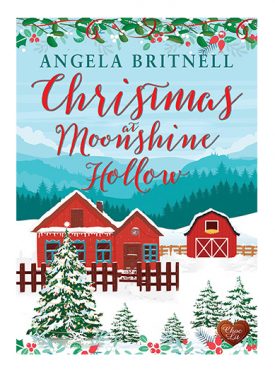 Available as an eBook, audiobook & paperback

Mistletoe and moonshine: a Christmas match made in heaven?.

Moonshine Hollow’s famous ‘Lightning Flash’ might be an acquired taste, although the same could be said for moonshine distillery owner Cole Landon, what with his workaholic habits and ‘Scrooge’ tendencies when it comes to all things Christmassy.
But when Jenna Pendean from Cornwall pays a visit to Cole’s family-run distillery in Tennessee during the holiday season, will Cole’s cynicism about the existence of Christmas miracles be put to the test?

Available as an eBook and Audio download on all platforms. Paperback availabe from Amazon.