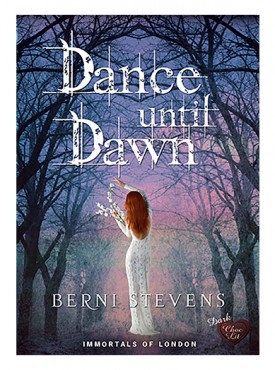 Available in Paperback and an eBook

Do you Believe in Love After Life?

At twenty-two, West-End dancer, Ellie Wakefield should be having the time of her life. The only problem is, since waking up in a three-hundred-year-old vampire’s leaky cellar, Ellie’s been very much dead. And to make matters worse, she’s found that an aversion to blood and a fear of the dark aren’t very helpful – especially when you’re a fledgling vampire.

William James Austen has fallen hard. He’s spent the last year loving Ellie from afar and now he’s finally able to be truthful about who and what he is. As the most powerful vampire in London, he’s used to getting what he wants. But this time, Will might just have bitten off more than he can chew.