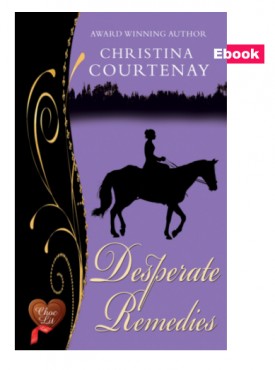 Available as a Kindle Ebook

‘She would never forget the day her heart broke …’

Lexie Holloway falls desperately in love with the devastatingly handsome Earl of Synley after a brief encounter at a ball. But Synley is already engaged to be married and scandal surrounds his unlikely match with the ageing, but incredibly wealthy, Lady Catherine Downes. Heartbroken, Lexie resolves to remain a spinster and allows circumstance to carry her far away from England to a new life in Italy. However, the dashing Earl is never far from her thoughts.

Years later, she returns home to find that much has changed – including the marital status of Synley. Whilst the once notorious Earl is a reformed character, the problems caused by his first marriage continue to plague him and it appears that his life may be in danger.

Can Lexie help Synley outwit those who wish to harm him and rekindle the flame ignited all those years ago, or will her associations with the Earl bring her nothing but trouble?

Currently only available as a Kindle ebook.