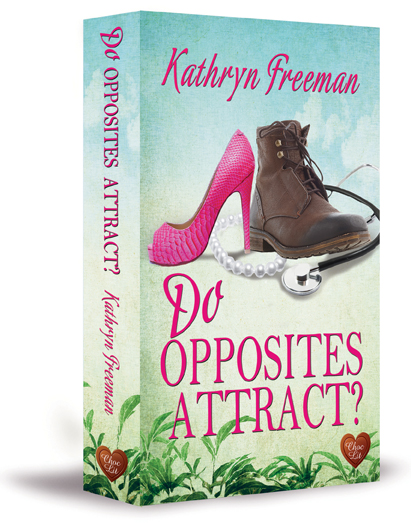 July Debut of the Month at LoveReading!
Top 40 Bestseller on Kindle

There’s no such thing as a class divide – until you’re on separate sides.

Brianna Worthington has beauty, privilege and a very healthy trust fund. The only hardship she’s ever witnessed has been on the television. Yet when she’s invited to see how her mother’s charity, Medic SOS, is dealing with the aftermath of a tornado in South America, even Brianna is surprised when she accepts.

Mitch McBride, Chief Medical Officer, doesn’t need the patron’s daughter disrupting his work. He’s from the wrong side of the tracks and has led life on the edge, but he’s not about to risk losing his job for a pretty face.

Poles apart, dynamite together, but can Brianna and Mitch ever bridge the gap separating them?

Available in paperback, an eBook, audio download and audio CD  in most English speaking countries plus online bookstores. eBook available on all the major platforms.

Kathryn was born in Wallingford, England but has spent most of her life living in a village near Windsor. After studying pharmacy in Brighton she began her working life as a retail pharmacist. She quickly realised that trying to decipher doctors’ handwriting wasn’t for her and left to join the pharmaceutical industry where she spent twenty happy years working in medical communications. In 2011, backed by her family, she left the world of pharmaceutical science to begin life as a self-employed writer, juggling the two disciplines of medical writing and romance. Some days a racing heart is a medical condition, others it’s the reaction to a hunky hero…