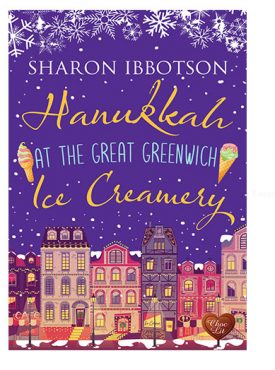 Cohen Ford is a man who could do with a little bit of sweetening up. It’s no surprise that when he walks into The Great Greenwich Ice Creamery on a typically gloomy London day before Christmas, he insists on a black coffee rather than his childhood favourite – strawberry ice cream.

But then he meets River de Luca, the woman behind the flavours. After their first encounter, Cohen begins visiting the ice creamery every Tuesday, gradually learning more about the intriguing River. Could her influence encourage cynical Cohen to become the man who embraces Christmas, Hanukkah and even strawberry ice cream?

Available as an eBook and audio download on all platforms. 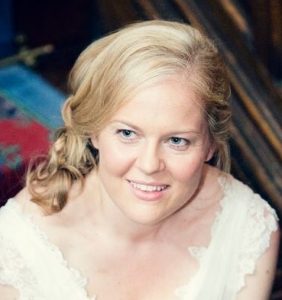 Sharon is Australian but has lived in the UK for nearly twenty years. She started writing romance when she ran out of Sweet Valley High movies to read. She lives in London with her husband and two kids. Her professional background is in marketing and she has a degree in anthropology and gender studies from the University of Edinburgh. She loves reading and writing regency romance novels, especially those with a more gothic and darker tone.

The Girl Upstairs by Sharon Ibbotson narrated by Gordon Griffin. Click the play button to listen.