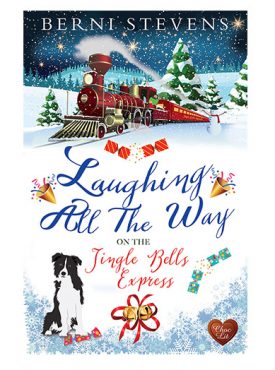 Laughing all the way on the Jingle Bells Express

If you received a mysterious invitation for a fun-filled festive train ride the week before Christmas, would you go?

When teacher Dee Nicholls receives her invitation, she isn’t sure what to make of it. Surely it’s some kind of joke to get her out of bed early on a weekend? Perhaps a clever festive marketing ploy?

But as the Christmas countdown begins, it becomes clear that Dee isn’t the only “Jingle Bells Express” invitee. There are other people out there who have received the same invitation: Tom the intern, Rachel the aspiring writer, Dylan the musician and his dog Muttley – and they’re not the only ones!

Could the unusual festive journey they eventually take together show them all the true meaning of Christmas, and also that happiness is sometimes right in front of you – if you just take the time to look?

Availabe in all formats. Paperback available from Amazon.

The Bookshop on the Corner by Berni Stevens narrated by Charlotte Strevens. Click the play button to listen.