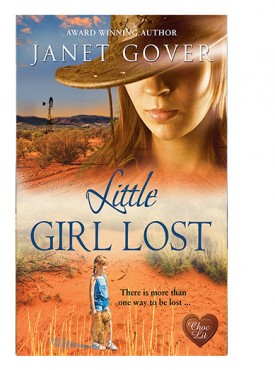 Winner: 2017 Epic Romantic Novel of the Year Award
Selected as the very best of 2016 by Kobo UK

When a little girl goes missing, an entire town comes together to find her …

When Tia Walsh rides into the small town of Coorah Creek on a Harley-Davidson, Sergeant Max Delaney senses that everything about her spells trouble. But Tia’s trouble is not all of her own making, and the dangerous past she tried to leave behind is hot on her heels.

Sarah Travers has returned home after three years of college to find that her parents have been keeping a devastating secret. Her childhood crush, Pete Rankin, is facing his own struggle with a harsh reality that will take him away from the girl and the life that he loves.

Tia, Max, Sarah and Pete are all trying to find their future, but when a little girl goes missing in the harsh outback, nothing else matters except finding her safe …

Available in paperback from all good bookshops and online stores. eBook available on all the major platforms. Janet’s first short story, The Last Dragon, was published in 2002. Since then she has published numerous short stories, one of which won the Elizabeth Goudge Award from the Romantic Novelists’ Association. Her novel Flight to Coorah Creek won the 2015 Aspen Gold Award for Excellence and was a finalist for the Romance Writers of Australia’s Ruby Award.