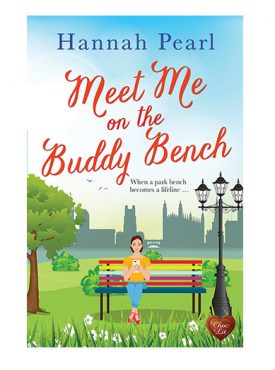 Meet Me on the Buddy Bench

When an ordinary park bench becomes a lifeline …

As a primary school teacher, Ava Lam is familiar with the ‘buddy bench’: a rainbow painted bench where sad or lonely children can sit to show they need a friend.

But are buddy benches just for kids? Ava might have assumed so – until she finds herself sobbing her heart out on a park bench and a kind stranger sits down next to her.

The stranger, Dr Sam Stone, has a house, an impressive job and he’s even training for a marathon – all things that have become painfully out of reach for Ava in her new and scary circumstances. But whilst Sam appears to have everything figured out, it seems he needs a sympathetic ear just as much as she does.

Is the encounter a one-off, or could the ‘buddy bench’ begin to represent a source of comfort and support that will become precious to them both? 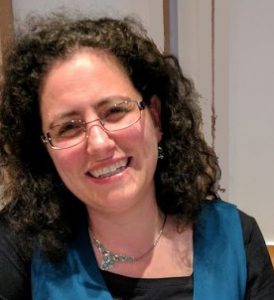 Hannah Pearl was born in East London. She is married with two children and now lives in Cambridge.

She has previously worked as a Criminology researcher at a university in Leicester, as a Development Worker with various charities and even pulled a few pints in her time.

In 2015 she was struck down by Labrynthitis, which left her feeling dizzy and virtually housebound. She has since been diagnosed with ME. Reading has allowed Hannah to escape from the reality of feeling ill. She read upwards of three hundred books during the first year of her illness. When her burgeoning ereader addiction grew to be too expensive, she decided to have a go at writing. In 2017 she won Simon and Schuster’s Books and the City #heatseeker short story competition, in partnership with Heat magazine, for her short story The Last Good Day.

Hannah writes for both Choc Lit and Ruby Fiction.