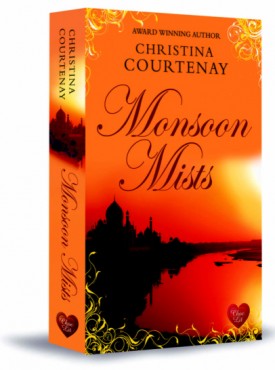 Sometimes the most precious things cannot be bought…

It’s 1759 and Jamie Kinross has travelled far to escape his troubled past – from the pine forests of Sweden to the bustling streets of India.

In India he starts a new life as a gem trader, but when his mentor’s family are kidnapped as part of a criminal plot, he vows to save them and embarks on a dangerous mission to the city of Surat, carrying the stolen talisman of an Indian Rajah.

There he encounters Zarmina Miller. She is rich and beautiful, but her infamous haughtiness has earned her a nickname: “The Ice Widow”. Jamie is instantly tempted by the challenge she presents.

But when it becomes clear that Zarmina’s step-son is involved in the plot, he begins to see another side to her – a dark past to rival his own and a heart just waiting to be thawed. But is it too late?

Selected as a Top 60 Independent Book of 2014 at Wordery!

Available in paperback in the UK, US, Canada, Australia, South Africa, New Zealand, Dubai and most English speaking countries plus online bookstores. Ebooks available on all the major platforms..