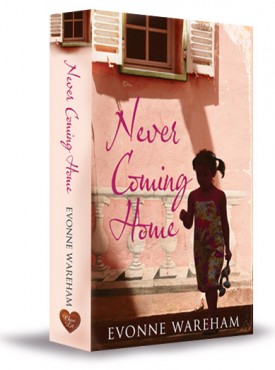 Available in Paperback, an Ebook, CD, Audio Download and Large Print Book from:

All she has left is hope

When Kaz Elmore is told her five-year-old daughter Jamie has died in a car crash, she struggles to accept that she’ll never see her little girl again. Then a stranger comes into her life offering the most dangerous substance in the world: hope.

Devlin, a security consultant and witness to the terrible accident scene, inadvertently reveals that Kaz’s daughter might not have been the girl in the car after all.

What if Jamie is still alive? With no evidence, the police aren’t interested, so Devlin and Kaz have little choice but to investigate themselves.

Devlin never gets involved with a client. Never. But the more time he spends with Kaz, the more he desires her – and the more his carefully constructed ice-man persona starts to unravel .

The desperate search for Jamie leads down dangerous paths – to a murderous acquaintance from Devlin’s dark past, and all across Europe, to Italy, where deadly secrets await. But as long as Kaz has hope, she can’t stop

Evonne’s debut novel, Never Coming Home won the 2012 Joan Hessayon New Writers’ Award, the 2013 Colorado Romance Writers’ Award for Romantic Suspense, the Oklahoma National Readers’ Choice Award for Romantic Suspense plus was a nominee for a Reviewers’ Choice Award from RT Book Reviews. Evonne’s novels include: Never Coming Home, Out of Sight Out of Mind and Summer in San Remo.