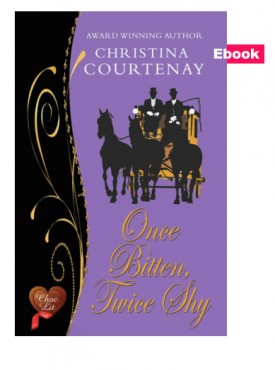 Available as a Kindle Ebook

‘Once was more than enough!’

Jason Warwycke, Marquess of Wyckeham, has vowed never to wed again after his disastrous first marriage, which left him with nothing but a tarnished reputation and a rather unfortunate nickname − ‘Lord Wicked’.

That is, until he sets eyes on Ianthe Templeton …

Ianthe lives in the shadow of her beautiful twin sister, Serena, and longs to escape the “mindless entertainments” she is forced to endure in London. She soon finds herself captivated by the enigmatic Wyckeham and tempted by his promises of a new life in the idyllic English countryside …

But can Wyckeham and Ianthe overcome the malicious schemes of spiteful siblings and evil stepmothers to find wedded bliss? Or will Wyckeham discover, all too painfully, that the past has come back to bite him for a second time?

Currently only available as a Kindle ebook.