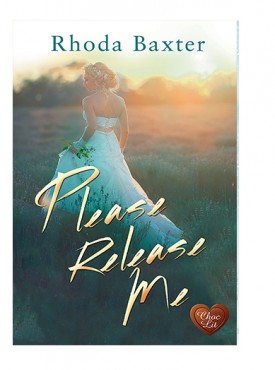 What if you could only watch as your bright future slipped away from you?

Sally Cummings has had it tougher than most but, if nothing else, it’s taught her to grab opportunity with both hands. And, when she stands looking into the eyes of her new husband Peter on her perfect wedding day, it seems her life is finally on the up.

That is until the car crash that puts her in a coma and throws her entire future into question.

In the following months, a small part of Sally’s consciousness begins to return, allowing her to listen in on the world around her – although she has no way to communicate.

Available in paperback and as an eBook on all the major platforms. Paperbacks available from all good bookshops in English speaking countries and online stores.

Rhoda Baxter writes contemporary romantic comedies. As her father’s engineering skills were in international demand, Rhoda’s childhood was split between the UK, the Pacific island of Yap, Nigeria and Sri Lanka. Rhoda studied at the University of Oxford and holds a DPhil in microbiology.

When choosing a pen name, she got nostalgic about the bacteria she used to study, (Rhodobacter species) and named herself Rhoda Baxter after them. Now her day job involves protecting and commercialising Intellectual Property generated by University research. This allows her to stay in touch with cutting edge scientific research without having to spend long hours in the lab.

Rhoda is married and has 2 children. They live together in Beverley, East Yorkshire.