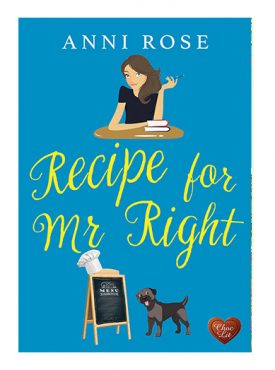 A sprinkle of luck and a dollop of fate …

Ruby Brooks is a little sceptical when her horoscope say she’s going to have a fabulous year – especially when she loses a boyfriend and a job in quick succession. Plus, a rogue kitchen fitter has run off and taken everything, including the kitchen sink!

So, Ruby takes luck and fate into her own hands with an unusual resolution – she’ll enter ten competitions a day, whether they’re for her dream Japanese holiday or a year’s supply of dog food (she doesn’t have a dog), and win her way to happiness.

But when a Valentine’s Day prize from a local restaurant results in chef Adam Finder (and his dog, Brutus) appearing in her life, is that luck or fate? And will Ruby ultimately find out that true happiness doesn’t need to be won?

Available as an eBook & audiobook on all platforms. Paperback available from all good bookshops and online stores.