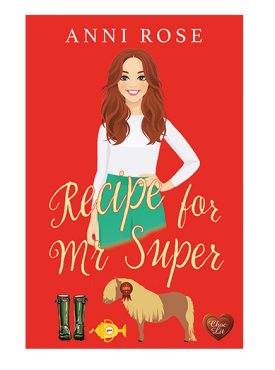 Out now in all formats!

Where’s a hero when you need him?

In Autumn Rigden’s case, enjoying semi-celebrity status on the other side of the world. Although Nick Flynn is no superman – talented horse rider and Super Sportstar of the Year he might be, but he has a habit of leaving Autumn in the lurch when she needs him most.

Anyway, Autumn is too busy with her new career to care about Nick. Okay, so she’s had to give up her OIympic dressage dream, her childhood home and beloved Shetland pony – and all to the benefit of Gordon, Nick’s money-grabbing father. But Autumn’s new ambition is to become an heir hunter extraordinaire, and with a promising commission and only a few weirdos demanding she prove they’re related to royalty, she’s all set.

But when Mr Super returns, will Autumn find that forgetting about horses and the Flynns is harder than she could have ever imagined?

Available as an eBook & audiobook on all platforms. Paperback available from Amazon.

See all of Anni’s books here …