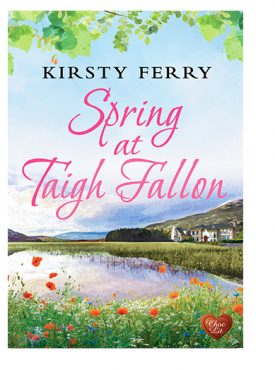 Available as an eBook & audio on all platforms

When Angel Tempest finds out that her best friend Zac has inherited a Scottish mansion, Taigh Fallon, from his great aunt, she immediately offers to go and visit it with him. It will mean closing up her jet jewellery shop in Whitby for a few days but the prospect of a spring trip to the Scottish Highlands is too tempting.

Then Kyle, Zac’s estranged and slightly grumpy Canadian cousin, unexpectedly turns up at Taigh Fallon, and events take a strange turn as the long-kept secrets of the old house begin to reveal themselves …

Available as an eBook and Audio download on all platforms.