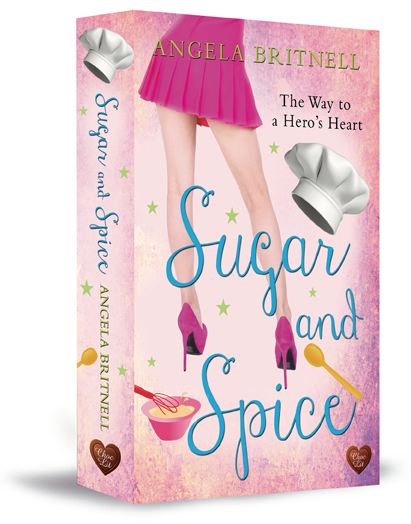 The Way to a Hero’s Heart…

Fiery, workaholic Lily Redman is sure of two things: that she knows good food and that she always gets what she wants. And what she wants more than anything is to make a success of her new American TV show, Celebrity Chef Swap – without the help of her cheating ex-fiancé and producer, Patrick O’Brien. So when she arrives in Cornwall, she’s determined to do just that.

Kenan Rowse is definitely not looking for love. Back from a military stint in Afghanistan and recovering from a messy divorce and an even messier past, the last thing he needs is another complication. So when he lands a temporary job as Luscious Lily’s driver, he’s none too pleased to find that they can’t keep their hands off each other!

But trudging around Cornish farms, knee deep in mud, and meetings with egotistical chefs was never going to be the perfect recipe for love – was it? And Lily could never fall for a man so disinterested in food – could she?

Available in paperback, large print, an eBook, audio download and audio CD  in most English speaking countries plus online bookstores. eBook available on all the major platforms.  Paperback includes a FREE digital copy.

Angela took a creative writing course in 2000 and loved it so much that she has barely put her pen down since. She has had short stories and novels published in the US. Her novel Sugar and Spice, won Choc Lit’s Search for an American Star competition and is shortlisted for the 2015 RONE Awards.