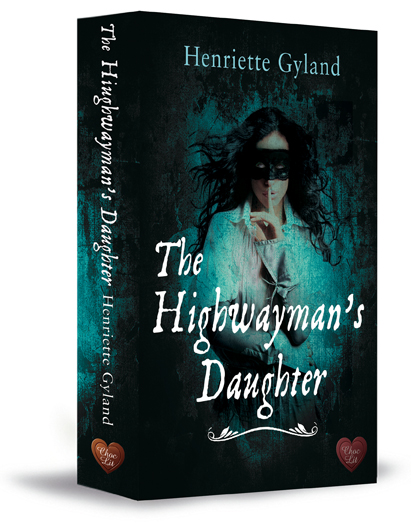 Is it a crime to steal a heart?

Hounslow, 1768. Jack Blythe, heir to the Earl of Lampton, is a man with great expectations. So when his carriage is held up by a masked woman, brandishing a pistol and dressed as a gentleman of the road, he wholly expects to have his purse stolen. And when he senses something strangely familiar about the lovely little bandit, Jack also expects to win his cousin’s wager by tracking her down first.

But as Jack and the highwaywoman enter into a swashbuckling game of cat and mouse, uncovering an intricate web of fiercely guarded family secrets, the last thing Jack expects to have stolen is his heart.

Available in paperback, large print and audio CD/download  in most English speaking countries plus online bookstores. eBook available on all the major platforms.

Henriette lives in London but grew up in Northern Denmark and moved to England after she graduated from the University of Copenhagen. She wrote her first book when she was ten, a tale of two orphan sisters running away to Egypt fortunately to be adopted by a perfect family they meet on the Orient Express.