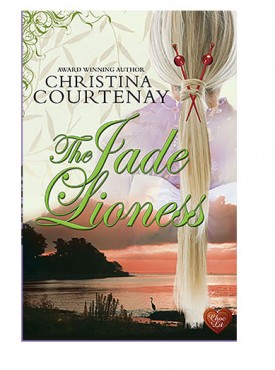 View Gallery
In Adventure, Christina Courtenay, Historical romance and Series Tagged In 2015, May and October.

Available in Paperback, an eBook, audio CD and audio download

Can an impossible love become possible?

Temperance Marston longs to escape war-torn England and explore the exotic empire of Japan. When offered the chance to accompany her cousin and Captain Noordholt on a trading expedition to Nagasaki, she jumps at the opportunity. However, she soon finds the country’s strict laws for foreigners curtail her freedom.

On a dangerous and foolhardy venture she meets Kazuo, a ronin. Kazuo is fascinated by her blonde hair and blue eyes, but he has a mission to complete and he cannot be distracted. Long ago, his father was accused of a crime he didn’t commit – stealing a valuable ornament from the Shogun – and Kazuo must restore his family’s honour.  But when Temperance is kidnapped and sold as a concubine, he has to make a decision – can he save her and keep the promise he made to his father?

This is the sequel to The Gilded Fan.

Available in paperback, as an eBook, an audio CD and audio download from most stores.

Christina’s novels have won many awards, including the Big Red Reads Fiction Award for The Scarlet Kimono and Historical Romantic Novel of the Year awards for both Highland Storms and The Gilded Fan. The Silent Touch of Shadows won a Best Historical Read award and Christina’s debut novel, Trade Winds, was also short-listed for the Pure Passion Award for Best Historical Fiction.