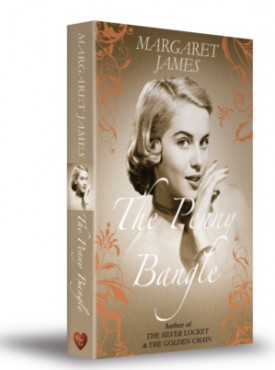 When should you trust your heart?

It’s 1942 when Cassie Taylor reluctantly leaves Birmingham to become a land girl on a farm in Dorset.

There she meets Robert and Stephen Denham, twins recovering from injuries sustained at Dunkirk. Cassie is instantly drawn to Stephen, but is wary of the more complex Robert – who doesn’t seem to like Cassie one little bit.

At first, Robert wants to sack the inexperienced city girl. But Cassie soon learns, and Robert comes to admire her courage, finding himself deeply attracted to Cassie. Just as their romance blossoms, he’s called back into active service.

Anxious to have adventures herself, Cassie joins the ATS. In Egypt, she meets up with Robert, and they become engaged.  However, war separates them again as Robert is sent to Italy and Cassie back to the UK.

Robert is reported missing, presumed dead. Stephen wants to take Robert’s place in Cassie’s heart. But will Cassie stay true to the memory of her first love, and will Robert come home again?

The Penny Bangle is the third novel in the Charton Minster Series, precluded by The Silver Locket and the The Golden Chain. The Wedding Diary (book 4) and Magic Sometimes Happens (book 5) are part of the series but set in the present time.