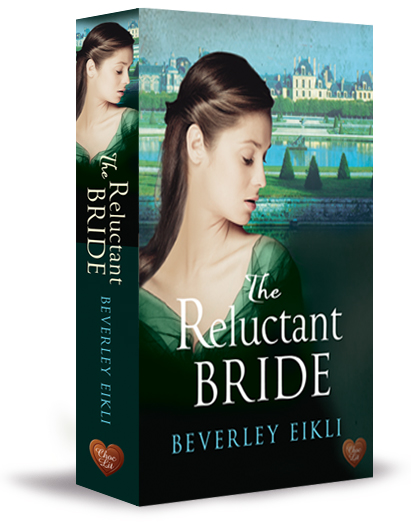 Available in Paperback & as an Ebook!

Can honour and action banish the shadows of old sins?

Emily Micklen has no option after the death of her loving fiancé, Jack, but to marry the scarred, taciturn soldier who represents her only escape from destitution. Major Angus McCartney is tormented by the reproachful slate-grey eyes of two strikingly similar women: Jessamine, his dead mistress, and Emily, the unobtainable beauty who is now his reluctant bride. Emily’s loyalty to Jack’s memory is matched only by Angus’s determination to atone for the past and win his wife with honour and action. As Napoleon cuts a swathe across Europe, Angus is sent to France on a mission of national security, forcing Emily to confront both her allegiance to Jack and her traitorous half-French family. Angus and Emily may find love, but will the secrets they uncover divide them forever?

Beverley Eikli wrote her first romance when she was seventeen. However, drowning the heroine on the last page was, she discovered, not in the spirit of the genre so her romance-writing career ground to a halt and she became a journalist.  After throwing in her secure job on South Australia’s metropolitan daily, The Advertiser, to manage a luxury safari lodge in the Okavango Delta, in Botswana, Beverley discovered a new world of romance and adventure in a thatched cottage in the middle of a mopane forest with the handsome Norwegian bush pilot she met around a camp fire.  Eighteen years later, after exploring the world in the back of Cessna 404s and CASA 212s as an airborne geophysical survey operator during low-level sorties over the French Guyanese jungle and Greenland’s ice cap, Beverley is back in Australia living a more conventional life with her husband and two daughters in a pretty country town an hour north of Melbourne. She writes Regency Historical Intrigue as Beverley Eikli and erotic historicals as Beverley Oakley.