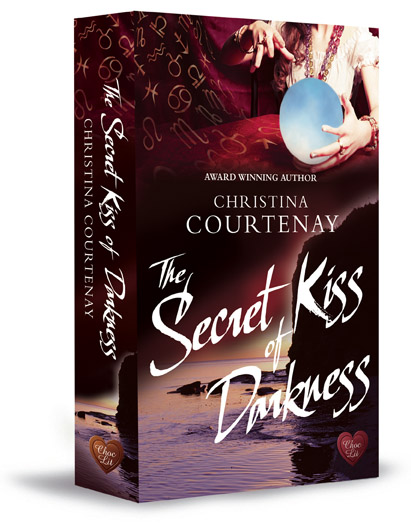 The Secret Kiss of Darkness

2016 Finalist for the Romantic Novel of the Year Award! Must forbidden love end in heartbreak?

Kayla Sinclair knows she’s in big trouble when she almost bankrupts herself to buy a life-size portrait of a mysterious eighteenth century man at an auction.

Jago Kerswell, innkeeper and smuggler, knows there is danger in those stolen moments with Lady Eliza Marcombe, but he’ll take any risk to be with her.

Over two centuries separate Kayla and Jago, but, when Kayla’s jealous fiancé presents her with an ultimatum, and Jago and Eliza’s affair is tragically discovered, their lives become inextricably linked thanks to a gypsy’s spell.

Kayla finds herself on a quest that could heal the past, but what she cannot foresee is the danger in her own future.

Will Kayla find heartache or happiness?

Available in paperback, an eBook, audio download, audio CD and in large print  in most English speaking countries plus online bookstores. Ebooks available on all the major platforms..