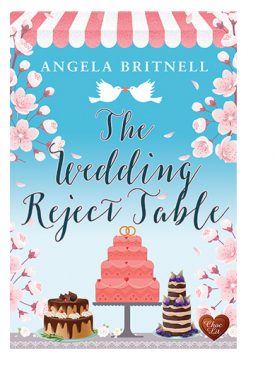 Available as an eBook & Audio CD on all platforms

Finalist for the 2016 Romantic Novel of the Year Award!
Prequel to Here Comes the Best Man

When Maggie Taylor, a cake decorator, and Chad Robertson, a lawyer from Nashville Tennessee, meet at a wedding in Cornwall it’s not under the best circumstances.

They have both been assigned to ‘the reject table’, alongside a toxic collection of grumpy great aunts, bitter divorcees and stuffy organists.

Maggie has grown used to being the reject, although when Chad helps her out of a wedding cake disaster she begins to wonder whether the future could hold more for her.

But will Chad be strong enough to deal with the other problems in Maggie’s life? Because a ruined cake isn’t the only issue she has – not by a long shot.

Available as an eBook and as an audio download/CD.