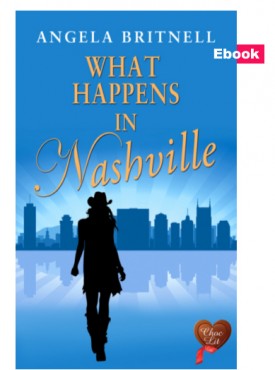 What Happens in Nashville

Available as an eBook and audio CD/download

Claire Buchan is hardly over the moon about the prospect of her sister’s hen party; travelling from the UK to Nashville, Tennessee, for a week of honky-tonks, karaoke and cowboys. Certainly not straight-laced Claire’s idea of a good time, what with her lawyer job and sensible boyfriend, Philip.

But then she doesn’t bank on meeting Rafe Castello. On the surface, Rafe fits the cowboy stereotype with his handsome looks and roguish charm but as he and Claire get to know each other, she realises there is far more to him than meets the eye.

Can Claire keep to the holiday mantra of ‘what happens in Nashville, stays in Nashville’ or will she find that some things are far too difficult to simply leave behind?

Available as an eBook, audio CD and audio download.