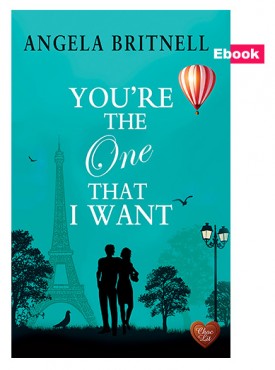 You’re The One That I Want

Available in paperback & an ebook

Book 4 in the Nashville Connections.

What if you didn’t want to fake it any more?

When Sarah, a teacher from Cornwall, and Matt, a businessman from Nashville, meet on a European coach tour, they soon find themselves in a relationship …

Except it’s a fake relationship. Because Matt is too busy for romance, and Sarah is only trying to make her cheating ex-husband jealous … isn’t she?

As Matt and Sarah complete their tour of Europe, they do all the things real couples are supposed to do – from visiting fairy-tale castles in Germany to recreating the scene from Romeo and Juliet in Verona. And, of course, for every picturesque destination there’s a loved-up selfie and Facebook post to match.

But as their holiday comes to an end, Sarah and Matt realise that they’re not happy with their pretend relationship. They want the real thing.

Book 4 – Nashville Connections series. Books in series: What Happens in Nashville, The Wedding Reject Table and Love Me for a Reason.

Available as a paperback/pocket book from Amazon. eBook available on all platforms.