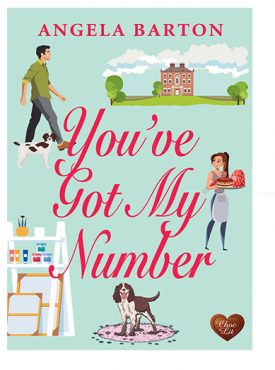 You’ve Got My Number

There are three reasons Tess Fenton should be happy. One, her job at the Blue Olive deli is dull, but at least she gets to work with her best friend. Two, she lives in a cosy cottage in the pretty village of Halston. Three, she’s in love with her boyfriend, Blake.

Because, despite their history, Blake continues to be the puzzle piece in Tess’s life that doesn’t quite fit. And when she meets intriguing local artist Daniel Cavanagh, it soon becomes apparent that, for Tess, love isn’t as easy as one, two, three … 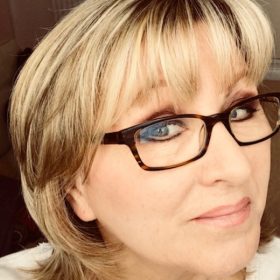 Angela Barton was born in London and grew up in Nottingham. She is married with three grown up children and a gorgeous Springer she calls her ‘hairy daughter,’ (who also features on the cover of You’ve Got My Number). Passionate about writing both contemporary and historical fiction, Angela has won and also been shortlisted for several writing competitions. She reads avidly, makes book-related jewellery and embroidered pictures, always with a cup of tea to hand.

Angela is a member of the Romantic Novelists’ Association and Nottingham Writers’ Studio.

Angela writes for both Choc Lit and Ruby Fiction.